Last week’s ‘Featured Friday’ post shows just how many chocolate bars us Brits are able to indulge in whenever we like. That’s great, but no amount of Snickers’, Galaxies’ or Twirl’s can make up for the bars that are sadly no longer with us. This week’s ‘Thursday Throwback’ takes a tasty trip down memory lane to revisit eight classic chocolate bars that have been discontinued. Tissues at the ready please…

I’ll never forget heading into the newsagent after school and spending about 15p on one of these! Freddo’s classic grizzly cousin added caramel to delicious Cadbury milk chocolate and the only downside to Taz was how small they were! At least we can be thankful that Cadbury had the decency to replace Taz with the caramel Freddo.

Okay this may not be a chocolate bar as such, but they were delicious all the same! Cadbury managed to develop ‘chocolate pringles’ with Snaps and these thin and crisp delights arrived in five luscious flavours – Milk Chocolate, Hazelnut, Caramel, Mint and Orange. Why were they ever pulled from the shelves is what I’d like to know…

I needed a bit of help from my colleagues with this one because I can’t say I remember the Caramac. It turns out it was extremely popular. Crispy KitKat wafers that are still available today were intertwined with creamy caramel chocolate, and only makes you wonder why they discontinued such a delicious sounding product…

Who remembers these, then? Again, they’re not strictly a chocolate bar, but I reckon they were popular enough to make the list. I never tried them personally, but the chewy toffees were enough to make your teeth stick together right up until 2008, when they were sadly discontinued.

I had to research this, but apparently the Wispa we know and love today isn’t a recent addition. It was actually brought back from the dead along with Wispa Gold, but sadly Wispa Mint never made a reappearance. The classic green wrapper housed a delicious bubbly mint chocolate bar that was probably very similar to Aero, so at least we have something to remember it by.

I couldn’t go without mentioning at leastone variety of white chocolate! To develop the snow flake, Cadbury took the white chocolate from Dream and wrapped it inside their milk chocolate. It’s a shame that Cadbury and other manufacturers didn’t cotton on to just how much we all loved white chocolate, because there’s very few cases of it still around today.

How many of you remember Fry’s Five Centres from 1992? They first launched in 1924, surely making them one of the oldest chocolate bars ever. They had a good run, but I bet there’s a few of you out there who crave the random nature of Five Centres again. Would it be raspberry, coffee, lime, blackcurrant or orange?

So there you are. Which ones do you miss the most, or is there one that you think I’ve missed? Let me know in the comments below! 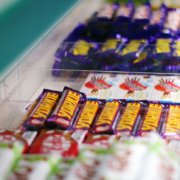 We’re heading back to the Midlands Business Network Expo for a third time! 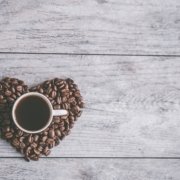 An exciting new coffee cup is almost with us… 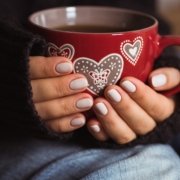 What country enjoys a cup of tea the most? 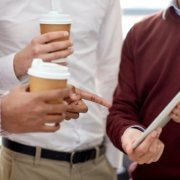 Join us at the Midlands Business Network Exhibition on July 4th! 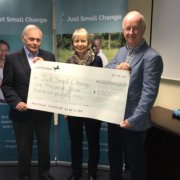 Presentation of the cheque to our friends at Just Small Change.

We’ve been selected as a finalist in the Black Country Chamber Awards!

Hot Drinks from Coinadrink. Benefits you can feel.
Scroll to top